A domestic UK law firm, with offices around the country, was conscious that they needed to update the way in which they managed their contentious matters.  The firm rarely works on high volume matters, and is content to out-source such exercises to its panel of established eDiscovery service providers.  They have a regular stream of small- to medium-sized matters (in terms of volumes of documents) and have established an efficient way of managing those case, from inception to trial (and beyond).  Having met the firm's partners, litigators and Director of Transformation and Operations Jonathan drafted a comprehensive set of user requirements, drawing as much as possible on their existing IT investment, to allow them to go to market to identify the requisite products and suppliers, as well as investigating greater functionality within their existing tool set.

Jonathan worked with a small eDiscovery service provider to:

Jonathan worked directly with the engineering department of a local authority (a lay client) and their barristers to guide them through all aspects of discovery (both outgoing and incoming) on a matter before the Technology and Construction Court: identification, preservation, collection, processing, hosting, analysis, review and production of both paper and digital items.

The multi-million pound claim and counter-claim yielded 27 million potentially relevant items from the client.  The application of keyword searches, date range restrictions, de-duplication and email threading reduced the potentially discoverable population to 9 million items. After putting those items through various analytical tools the population for review was further reduced to 2.2 million items, a massive cost saving for the client through a statistically defensible process.  These were reviewed for relevance and privilege, resulting in the ultimate discovery of “just” 300,000 items.

From the outset Jonathan was heavily involved in the client’s discovery strategy, attending inter-party meetings and Case Management Conferences, drafting discovery-related inter-solicitor correspondence for the legal team and recommending strategy in relation to the incoming discovery from the other side.  This was done following the TeCSA eDisclosure Protocol.

Jonathan was brought in to assist on a project that was not going very well.  This was a large international insolvency matter involving separate law firms in England, Ireland, Canada and America.  They were all using Relativity to review a massive shared pool of documents for the same purpose but with entirely different workflows.  Relationships between the firms, and with their consultants, were becoming strained.  Jonathan was able to identify the key areas of strain and address them with diplomacy and conviction.  The results were:

Jonathan project managed, from instruction through to arbitration, a long-running discovery exercise on behalf of a government department with sites all over the UK.  The department was engaged in a dispute related to the unsuccessful implementation of a national database system.  Hundreds of millions of pounds were at stake across a number of claims and counterclaims. There were multiple data sources in play across hundreds of client and third party provider sites, and hundreds of custodians in the mix.

The data was hosted in Relativity (the largest UK Relativity database at the time) and was used to populate the only electronic trial bundle system available in the UK at that time (Magnum from Opus2) that could manage the number of documents the parties felt necessary to be on hand during the arbitration.

Added to those complexities were very real security and data protection issues that had to be managed on a site-by-site basis via a specially drafted Privacy and Security Protocol.  Real-time weekly and daily reporting schedules, aligned with a very close collaboration and rapport with the client’s own project manager, led to a successful discovery exercise (but unfortunately an unsuccessful outcome at arbitration).

Jonathan was engaged to solve a strange problem.  The client, the government of a country in southern Africa, had commenced an action against the country’s previous administration alleging severe corruption. There were many individual and corporate parties involved in the action and many international aid organisations assisting with funding. There were witnesses who could not leave the country because their passports had been confiscated and witnesses who were fearful of being arrested if they entered the country. Jonathan was tasked with finding a way to hold a fair trial with participation from both that country and the UK.  The natural solution was video conferencing but there was no copper cabling laid in the country (meaning extremely poor network speeds) and telephone video connections proved to be woefully inadequate for such an important task (he tested via The British High Commission in the country's capital).

Following extensive research, it became obvious that the only way the country’s High Court could communicate with the Royal Courts of Justice on The Strand in London in any meaningful way was by satellite.  Jonathan found a large satellite dish with the British Army on the Rhine, bought it and shipped it to the country’s capital.  He arranged for a contingent from the national army to guard it until it could be concreted into place outside the High Court in the African country.  He negotiated a contract with an international telecommunications company to provide the daily link.

There was no adequate local resource to wire everything up so Jonathan found and instructed a South African company to travel to site, set up the equipment and train and support local operators to manage the video and audio equipment and transmitters locally during each day of trial.  With support from HM Courts & Tribunals Service, he had a court in the RCJ fitted with cameras and microphones and took over a nearby consultation room to act as a local director’s studio where cameras were trained on speakers and microphones turned off and on as required. Six months late the case concluded satisfactorily with very little technical problems, even during the time the English court moved to sit in the High Court in Africa.  Not once did Jonathan travel to the country, he managed the project from London.

The client operated in such sensitive areas that they selected a system to manage their evidence in this arbitration based solely on their security criteria.  This approach also necessarily coloured the workflows and interactions they permitted their external lawyers and suppliers to use.  The supplier of the system became concerned that their system was not being used for the purpose for which it was created (processing data rather than analysing and reviewing documents).  They were further concerned that would inevitably lead to difficulties between them and their client.

With their client’s authority, the supplier independently instructed Jonathan to provide an initial risk assessment (Red, Amber, Green – RAG report) of their client’s approach to managing the evidence and the defensibility of that approach.  The result was almost entirely in the red.  As a result the department formally engaged Jonathan to manage their discovery exercise.  This eventually involved installing three separate secure Relativity LANs, each identical: one at the client, one at chambers and one at the arbitration venue in London.

In the run-up to the arbitration the parties failed to agree on an electronic trial bundle system in time to populate that system.  Jonathan suggested that, rather than void the listed date, he step in and lead a team to devise and create an adequate one-off system using tried and tested technology (HTML, Java, etc.).  The parties agreed, accepting there would be more limited functionality than a commercial product.  Jonathan subsequently maintained two separate personas: sole advisor to the original client and joint trial bundle advisor to the parties.  The arbitration went ahead as planned, with the daily transcripts also being fed into the system.

An upcoming trial was going to include many “non-standard” document types and there was a very large number of issues in dispute being managed by a very diverse legal and witness team. The trial was listed for the Family Court on Holborn, simply because it was the largest available across HM Courts & Tribunals Service’s central London estate.

Jonathan was working with a large and diverse legal team in a dispute between a global IT company and an international telecommunications giant over the failed implementation of a help desk system.  Jonathan was engaged to find, test and implement a system that would allow the diverse legal and expert team to collaborate in real time on the drafting of witness statements and the review of the other side’s statements.  An appropriate online system was found and successfully deployed.

Jonathan was then asked to install a dedicated LAN in the courtroom that would give all of the team, and any visiting clients, access to the internet, power and access back to their internal office systems.  He installed furniture and cabling for about thirty seats, which all had to move halfway through as the parties switched sides in court (due to restricted views of the judge). He also found, rented and fitted out “war rooms” near the court where the team of clients, experts, witnesses and lawyers could relax and discuss strategy in discrete comfort away from the court and out of hours.

For two separate tobacco companies firms and in two separate law firms Jonathan has devised appropriate workflows and technical solutions to manage massive volumes of paper and digital documents, from identification to review.  He recruited, set up and managed teams of 100+ people to collect, photocopy, paginate, move, review and store tens of thousands of paper documents.  In the digital era he set up a dedicated LAN inside a law firm to host and review hundreds of thousands of electronic documents with 100+ dedicated staff he recruited for document review and infrastructure support.  This included a team of medical secretaries to transcribe illegible medical records.  As well as travelling to the US to work closely with one of the parent company's legal team in 1986 to set up a broadly similar process.  In 1991 he visited a sister subsidiary in Australia to set up a similar process for them.

Contact us to find out how we can help.  In the unlikely event that we can’t, it’s most likely we’ll know someone who can. 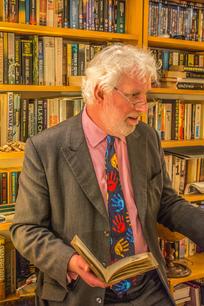 Welcome to the web site of The Maas Consulting Group.  We specialise in working with lawyers, IT people and suppliers, negotiating, delivering cost-effective solutions, writing, speaking, listening, hearing, attention to detail, humour, determination, tact and diplomacy, project management, encouraging the best out of people, removing problems, team work and getting things done.